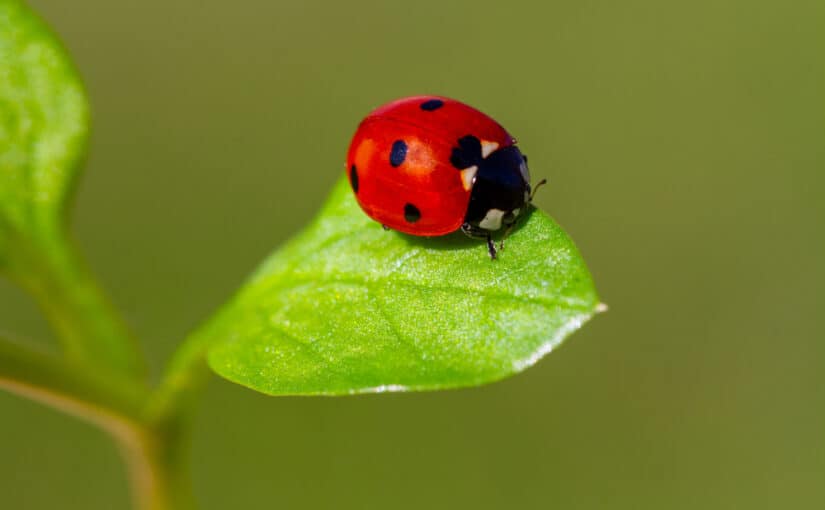 Have you ever stopped to think about how important insects are for your garden? Chances are, you probably haven’t. After all, when most of us see insects in our gardens, our first instinct is to reach for the nearest can of Raid.

However, what many people don’t realize is that not all insects are bad for your garden. In fact, some insects are actually quite beneficial!

5 beneficial insects for your garden

Ladybugs are perhaps the best-known helpful insect. These little red and black beetles feed on aphids and other small pests that can damage your plants.

In addition to being helpful predators, ladybugs also release a substance called pyrrolizidine alkaloids when they’re threatened, which deters many would-be predators.

Lacewings are a type of predatory insect that feeds on Aphids, caterpillars, thrips, whiteflies, and other small pests. Green lacewings, in particular, are very effective at controlling aphid populations.

Lacewings lay their eggs on thin stalks above areas infested with pests. When the eggs hatch, the larval lacewings drop down and start feeding immediately. Adult lacewings will also eat pests, although they’re not as voracious as the larvae.

Parasitic wasps are small wasps that lay their eggs inside caterpillars and other soft-bodied pests. The parasitic wasp larvae then hatch and feed on the host pest from the inside out. While this may sound gruesome, it’s actually quite effective at controlling caterpillar populations.

One type of parasitic wasp, Trichogramma, has even been used commercially to control caterpillars in crops such as tomatoes and potatoes.

Many ground beetles are nocturnal predators, so they’re most active at night when slugs and snails are out feeding. During the day, ground beetles often hide under leaves or in cracks in the soil.

Soldier beetles are a type of predatory beetle that feeds on Aphids, caterpillars, thrips, and other small pests.

Soldier beetles are similar to ground beetles in that they’re predators of small soft-bodied pests such as slugs and caterpillars. However, unlike ground beetles which are mostly nocturnal predators, soldier beetles are diurnal predators (active during the day). This makes them especially effective at controlling aphid populations which tend to be most active during the daytime hours.

As you can see, there are many different types of helpful insects for your garden. Next time you see one of these helpful critters in your garden, resist the urge to reach for the insecticide and let them do their job. Your plants will thank you for it.